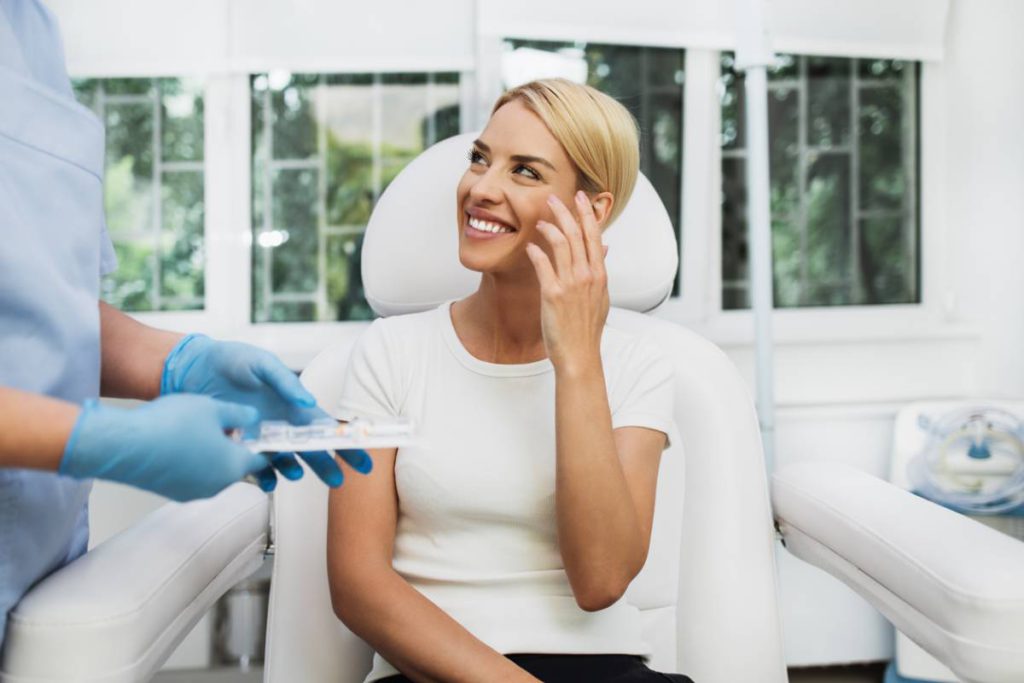 Nothing good lasts forever, and Botox is no different. This popular, injectable neurotoxin works by blocking nerve signals to targeted muscles. Many patients have Botox cosmetic injections in areas of the face where wrinkling is beginning to occur in order to temporarily reduce physical strain on the skin and the resulting wrinkles. Unfortunately, this effect only lasts two to six months depending on the patient and the form of Botox used.

These are the most common factors that will affect how long your Botox lasts.

There isn’t a lot of research to solidify this trend, but some plastic surgeons have noted that the results of Botox tend to be the most short-lived after the first injection. Of course, this does not apply to everyone. On average, Botox lasts 3-4 months, but some patients may notice that the effects start to wear off around the two-month mark after their first session.

On a similar note, no two bodies are exactly the same and everyone reacts slightly differently. The American Society of Plastic Surgery states that individual reactions could shorten or elongate the efficacy period of Botox by as much as four weeks in some extreme cases. With that being said, the vast majority of patients will have to have their Botox re-done about three times a year to maintain the effects.

Botox is a brand name that we commonly use as shorthand for an entire group of injectables that use clostridium botulinum. There are four common brands that fit this category: Botox, Xeomin, Dysport, and the new kid on the block Jeuveau. Each of them is slightly different, so you will want to discuss your personal goals with your doctor when you visit Dr. Brent plastic surgery in Beverly Hills to find the right product for your skin.

Of course, your choice will also impact the longevity of your treatment, so let’s take a quick look at each product to give you a more specific idea of how long you can expect your treatment to last.

Allergan Pharmaceuticals’ very own Botox takes 3-5 days to set in for the average patient, but you may not see your final results until two weeks after your injections. Depending on the patient, you can expect brand name Botox to last between three and four months.

This is the only Botox-type product that doesn’t include “complexing proteins.” As a result, Xeomin doesn’t require refrigeration, which does make injection more comfortable for some patients. The lack of additional components also makes Xeomin more potent. It is typically used for patients who have shown resistance to other products and also lasts 3-4 months.

Medicis Pharmaceutical made Dysport a slightly less potent formula to give it a higher rate of diffusion. This allows Dysport to treat larger areas than traditional Botox, and it means that patients usually see results much sooner. Unfortunately, evidence does seem to suggest that Dysport’s effects may also fade a week or so earlier than with traditional Botox.

This product is quite new, so we don’t have as much data for Jeuveau as we do for other injectables derived from clostridium botulinum. With that being said the early data is promising. Jeuveau tends to be less costly than traditional Botox with very similar properties. In fact, early research suggests that Jeuveau may last as long as six months. Of course, this average may become closer to the 3-4 month mark once we have a larger sample size.

Although each product is slightly different, Botox-type injectables all offer around 3-4 months of efficacy. Personal choice may guide you to one product in particular. But you should always make sure that your board-certified plastic surgeon is using a product they are familiar with. Their skill will make the greatest difference.